Back to All Products 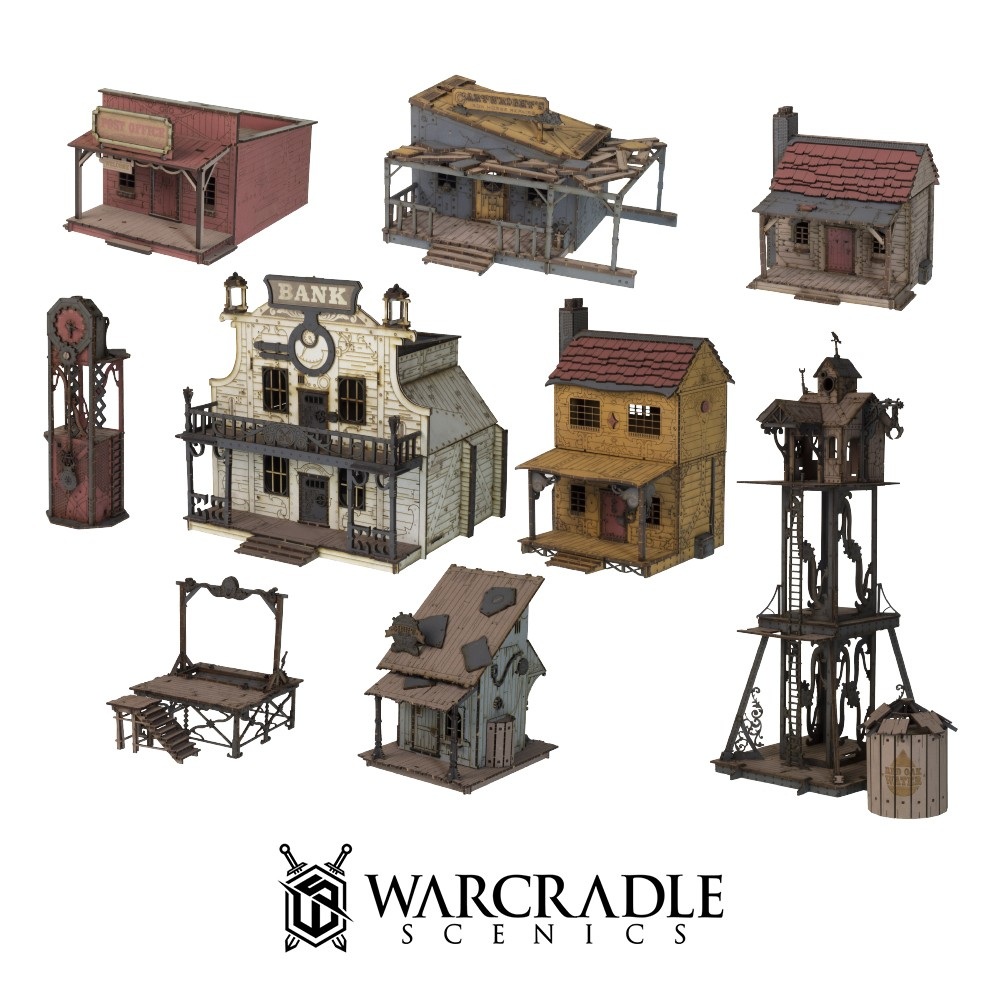 The Red Oak Residence is of a common design found throughout the settlements of the West. Cheap and plentiful timber is supported with steel joists and copper conduits so that homesteaders have access to all of the modern conveniences that the RJ-powered Dystopian Age can offer. These modern homes are always in demand, so act quickly to secure your very own piece of the West!

Distilleries are an important part of any growing town. A booming industry in the Union frontier, it is highly lucrative being able to supply the good folk of the West a steady supply of hooch, rocket fuel and other more medicinal libations.

The multi-levelled Town House is typical of the homes the more wealthy settlers inhabit out West. Not only does this bring about a new gameplay element with its size, the building itself is hugely customisable and is compatible with elements from the Red Oak Residence to create a truly unique set of buildings for your town.

Justice is often delivered in the Union Frontier at the end of a noose. This happens a great deal at the Red Oak Gallows and Clock Tower. In such turbulent times, these gallows are both a form of macabre entertainment and a warning to the citizens that lawlessness will not be tolerated. Legally, the execution can only be carried out at an appointed hour and only by a Lawman. Many outlaws have gone to their deaths, watching the clock tower as it ticks towards their final moment, waiting for a reprieve that never comes.

While for the very wealthy, near-instant communications can be achieved through radio and other more esoteric means, for most the Post Office represents the only means of communicating with the world outside the town limits. Typical delivery was between a month and ten days, depending on the importance of the letter or package and of course the cost. The Post Office is an important place to not only send and receive messages but also for the local community to meet and share news as it arrives from the Union and beyond.

The advent of the Iron Horse has been a boon to the scattered settlements of the American Frontier. Of course, even these wondrous technological marvels require maintenance and recharging from time to time. Cartwrights, like this one, offer affordable services to the good folk of Red Oak - certainly preferable to dealing with the Enlightened as their assistance often literally costs an arm and a leg...

In the American frontier, the bank is not just a place to keep your dollars. Anything of value, from gold bars to family heirlooms, from Sturginium deposits to refined artworks can be safeguarded by the town bank. Such protection in the Dystopian Age does not come easily or cheaply, in times of crisis, the bank can be one of the most fortified and well-defended buildings in town - at a price.

Dominating the skyline of towns like Red Oak, these watchtowers allow the residents to keep a watchful eye for the telltale dust clouds that announce the arrival of Iron Horses and the bandits who often ride them. With parts to assemble it instead as a water tower, the Red Oak Watchtower is a great addition to your table or even the centre point for one.

Are You Looking To Buy?

If so, please choose an option below...